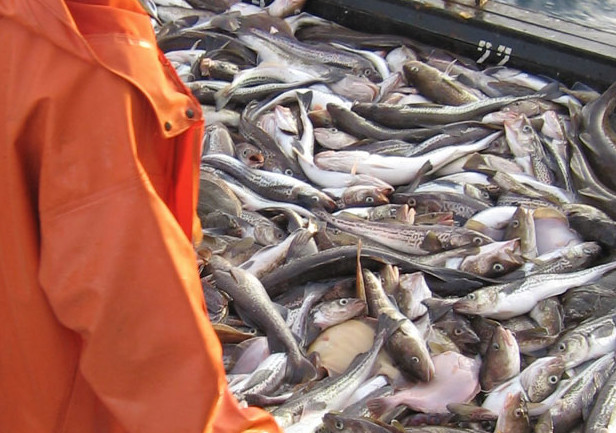 World pollock prices collapse due to (again!) erratic behavior of the Chinese. On the hand, after 200 or so years China is now a superpower, and it can afford to behave erratically. Whether pollock can afford it or not. is a different question. Altogether. The world has been suffering from over fishing. But since this is a commerce page, and not an eCommerce page, the collapse in the price of pollock may present a business opportunity. For those you may check out the Dealing Monster board. It is simple, nothing excessive and allows you just to post ads. Also about business opportunities.

It’s walleye in America. And, according to the still venerable Britannica, pllock that is also spelled pollack, (Pollachius, or Gadus, virens), North Atlantic fish of the cod family, Gadidae. In Europe, it is known as saithe, or coalfish, in Europe. The pollock is an elongated fish, deep green with a pale lateral line and a pale belly. It has a small chin barbel and, like the cod, has three dorsal and two anal fins. A carnivorous, lively, usually schooling fish, it grows to about 1.1 m (3.5 feet) in length and 16 kg (35 pounds) in weight. It is caught commercially for food and also affords sport for anglers.

A Relative of Cod.

Yes, you got it, walleye is a relative of cod. And though until recently it’s been a somewhat despised fish – despised in otherwise meat-eating modern Russia and frowned about everywhere else — perhaps not too severely frowned upon in Asia, very much so in continental Europe, pollock is surprisingly good for cooking.

Pollock is all right.

It’s even all right in fish and chip “applications,” as it can be fried in batter pretty much like now expensive cod or haddock. The latter is cheaper but has a better reputation. Walleye is also used for manufacture of surimi or imitation crab meat. Its’ white flesh is cod-like though not as flaky. And it gives off a fishy smell that is not too overwhelming but still present: A turn-off to fish-eaters who are forced to eat fish even though they don’t like fish. That is the category of unfortunates who force themselves to eat pangasius and tilapia sort of stuff.

And so what happened?

Let’s quote the media. It’s a translation on the go, so it can be somewhat rough.

Fish shipments stopped due to fears of a collapse in prices
The collapse of wholesale prices for pollock by 35% due to the closure of Chinese ports has caused a halt in fish supplies on the Russian market. There is a glut of pollock. Traders working with fishmongers are abandoning deals, expecting further price declines. Large distributors and processors have already faced a shortage of products.

The latter urge the authorities to reconsider the schemes for supplying pollock and other fish to the domestic market, minimizing the role of intermediaries. Rosrybolovstvo (Russian Fishery Agency) is concerned about the lack of correlation between the wholesale and retail price of fish and intends to discuss the problem with the Ministry of Industry and Trade as well as retail chains.

Distributors are not too happy.

As a result, large distributors and fish processors complain about difficulties in purchasing headless pollock carcasses in Central Russia.
The issue was discussed at a meeting with the deputy head of Rosrybolovstvo Petr Savchuk (Peter Savtschuk, Savchook) on February 10, a participant in the meeting told Kommersant (Commerçant), the business newspaper.

The Cause of this, according to an official…

According to him, the problem arose due to the reluctance of traders working with the fishing industry of the Far East to purchase and transport products until February 18. On this day, the PRC (People’s Republic of China) will end the weekend in connection with the celebration of the Chinese New Year and there will be certainty with the opening of ports for Russian fish, which will affect wholesale prices, says the source of Kommersant (Commerçant).

China as the principal importer.

China has been the main importer of Russian fish, purchasing up to 600 thousand tons of pollock per year before the COVID-19 pandemic. But in December, the country closed the last accessible seaport of Dalian for seafood imports, and from January 14, China closed off all borders.

In the Far East, fish stocks have accumulated. They are not moving to the market,. This is according to the chairman of the Fish Union, Alexander Panin.

Now, according to Rosrybolovstvo, a headless pollock carcass costs 65 rubles. per kg, against the usual price of about 100 rubles. per kg. As an editor’s note, it seems that retail prices of pollock or walleye may be at least twice as much in Russia and even more or so in other markets. And that’s an opportunity.

But if on February 18, China does not open its ports, this will cause a further drop in prices, and those who bought pollock at the current 65-70 rubles. And, traders will only have to fix losses, explains Mr. Panin.

He said – “If China does not open in February, the cost of pollock will fall to 40 rubles. per kg, and the fishermen will have no choice but to supply the catch at these prices.” Neithe the fishermen nor traders are happy.

According to a Kommersant source, such large distributors as the Russian Fish Company and Moreodor have already faced problems. The companies did not provide a comment.

The Association of Food Sector Organizations (ASORPS) also confirmed that there are practically no supplies of pollock to Central Russia. According to the president of ASORPS, Mikhail Sinev, because of this, a shortage of simple isothermal wagons (that is “rail cars” in America) and refrigerated containers is apparen. And that may spell further to the loss of operators.

Other reasons for the current situation?

There are no objective reasons for the shortage of pollock in the wholesale sector, according to the Federal Agency for Fishery. “The actions of traders can be regarded as an attempt to push the processors to buy raw materials at a higher price against the background of reports of a decrease in pollock production,” Dmitry Klokov says. He is the head of the agency’s joint press service.

According to the Federal Agency for Fishery, by February 8, 216.02 thousand tons of pollock had been harvested in the Far East, which is 85.19 thousand tons less than the same level of last year.

Sources of other fish for Far Eastern markets.

Traders usually buy fish from farmers in the Far East and supply products to distributors and processors with their own extra charge. Though pollock is a wild fish and is not farmed.

The Fish Union believes that it is necessary to switch to commission relations between traders and fishery producers. In this case, fishermen must deliver their catch to Central Russia themselves. And traders will only act as agents, providing for a commission the resale of products at a price agreed with the fish industry, says Alexander Panin.

The Private Sector on Pollock Prices

Deputy Director of Norebo Management Company Sergey Sennikov says that the proposed scheme will not be interesting for fishermen. Nereus and Neptune Express traders working in the Far East did not provide comments.

Rosrybolovstvo supports the proposal of the Fish Union. It believes that this is an opportunity as it will provide retail chains with fish at affordable prices. According to Dmitry Klokov, retail prices for pollock do not decrease. They are are at the level of 140-150 rubles. per kg. While world pollock prices remain higher.

Sources of Kommersant know that Rosrybolovstvo is concerned about the lack of correlation between wholesale and retail prices, where they plan to hold a joint meeting with the Ministry of Industry and Trade on this issue. Rosrybolovstvo did not comment on this. World pollock prices reflect the Russian trend.

The Ministry of Industry and Trade

The Ministry of Industry and Trade said that they had not yet received proposals, but added that it would be necessary to involve retail chains in the discussion. The Association of Retail Companies (which unites X5 Retail Group, Magnit, Auchan, Lenta, etc.) announced that they are in dialogue with fishing operators, brokers and processors on the development of supplies.

Problems with the closure of the Chinese market for Russian fish this week were also discussed at a meeting led by Deputy Prime Minister and Presidential Envoy to the Far Eastern Federal District Yuri Trutnev.
In particular, he instructed the Ministry of Agriculture, the Ministry of Industry and Trade and the Ministry of Finance. World pollock prices and walleye prices are higher than those in Russia. That’s why the Chinese buy here.

This has been the “domestic” view on the situation with pollock and other fish though certainly there one can find international opportunities in the current state of affairs.

End of this news story.

About fish? Why not.

Questions, ideas, drop us a line.

As a side note. And some musings on the editor’s. Someone says that you should not use passive voices. Not someone but software that oversees the length of sentences. Impassively. Not even when you are writing about pollock. Or walleye. Not that it matters. Who came up with that stupid rule is a mystery. And a subject for another post. Perhaps later. Certainly somewhere else. Later. This is not a place for musings. And, current pollock prices certainly are an opportunity.